Review of  The Day of  Listening festival in 2021 - EYES AND EARS ON BUDAPEST blog on Papageno.hu by Alexandra Ivanoff,  November 2021

In the November 15th New York Times’ news notice for Anthony Tommasini’s impending retirement as their chief music critic, a quote from him appears that applies directly to the subject I want to write about today.

In the November 15th New York Times’ news notice for Anthony Tommasini’s impending retirement as their chief music critic, a quote from him appears that applies directly to the subject I want to write about today.

“American orchestras” he has said, “should think a little less about how they play and a little more about what they play and why they play it.” I couldn’t agree more, although he was largely referring to the U.S. and not necessarily other places in the world.

It’s common knowledge in the classical music performance spectrum, that playing Beethoven and Mozart essentially pays for the inclusion of new music, especially those freshly penned by a living composer, in an organization’s yearly subscription series. That would also apply to every program created by an ensemble whose financial survival depends on guaranteeing that ticket-buyers are in the seats. Rare are those organizations that devote themselves to contemporary music and anything experimental; their struggle to exist is the age-old artists’ fight to offer new ideas to the establishment which shrugs them off like pests. 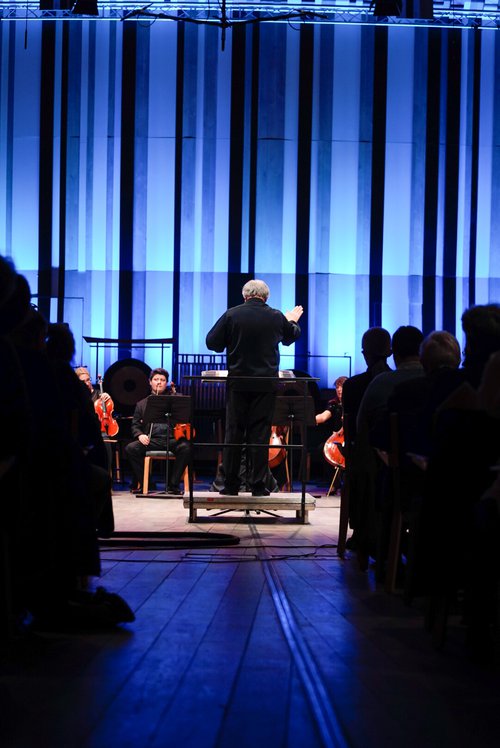 Tommasini was “a champion of new music,” the article says, “Tony travelled the world to cover important premieres,” including recent ones of Saariaho, Adès, Turnage, Serkin, Salonen, and the St. Louis premiere of Terrence Blanchard’s “Fire Shut Up in My Bones” (now at the Metropolitan Opera).

As one who has also travelled widely in search of brave new musical languages, I happily attended the Concerto Budapest Orchestra’s recent “A Hallgatás Napja” (The Day of Listening Day 1 and Day 2) at the Budapest Music Center (BMC). What I heard there taught me even more than my six years of living in Budapest has offered me — in terms of how (and why) Hungarians strive to present the non-traditional, honor their legendary musical heroes, and support their native living composers. Concerto Budapest Symphony Orchestra (directed by violinist/conductor András Keller) has long deserved kudos for sticking their necks out to challenge the system to do what they feel is necessary for the survival of new voices. 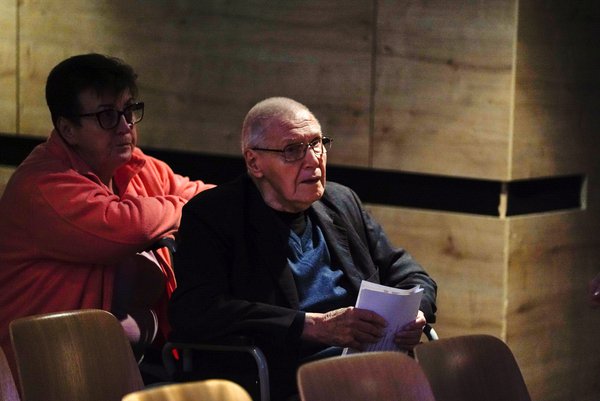 From 16:30 on Saturday Nov. 13th to 22:30 on Sunday Nov. 14th, members of the orchestra (and guest musicians) performed 11 different programs that offered 31 works (including seven world premieres and three Hungarian premieres) under the direction of Keller at BMC, utilizing the venue’s concert hall, Opus Jazz Club, and the library. There was also a live-stream: this year’s live-stream was under the direction of Imre Szabo-Stein, whose first Day of Listening broadcast in 2019 tracked a world-wide audience of 400,000 listeners, via Facebook and the orchestra’s website. The highest numbers came from USA, New Zealand, Australia and Europe. The 2021 numbers aren’t available at this writing, but one can assume they would be similar if not more. This practice is one of the best ways to deliver Hungary’s musical life – in this case, its contemporary music life – to the world. 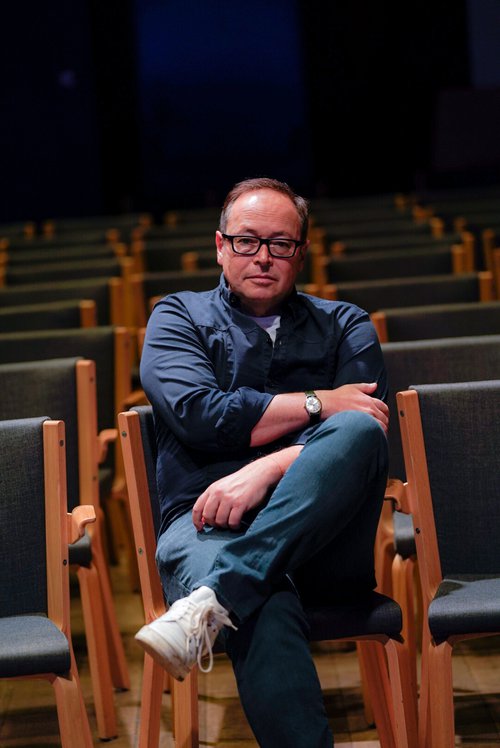 Of the 11 programs, I managed to hear seven in-person, and by the end of the marathon, my consciousness was considerably stretched: my ability to perceive new musical colors, my understanding of Hungarian musical roots, and my gratitude for Keller and the orchestra’s, and BMC’s devotion to such endeavors were all deeply magnified. It’s impossible to mention every person that participated and every piece performed; therefore, I’d like to describe just a few of my personal responses and thought-provoking moments.

Duo-pianists Enikő and Noémi Görög (The Görög Sisters) began the entire endeavor with something appropriately iconoclastic: Alfred Schnittke’s six-part “Gogol-Suite,” the first part of which was chock full of references to other composers and assorted musical jokes. Section II was a spooky waltz that took off into a dissonant whirl before exploding and dropping into the primordial sludge. Section III was a Lisztian confabulation of dizzying dances; the IV a fugue that quoted Tchaikovsky, jazz bits, and horn fifths. Section V was a Fellini-esque carnival, ending with a sadistic tango juxtaposed with Hungarian folk dance themes; and VI began with Brutalist chords á la Shostakovich and Prokofiev and ended with a Soviet threnody. I add here, with reverence, that the sisters played this suite from memory. 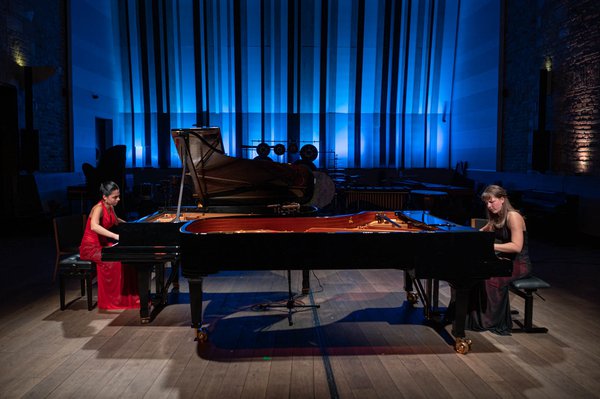 The Görögs continued with D. Balázs Kecskés’ 4-part “Partita” for piano (which was originally written in 2017 for solo piano, but rearranged for two pianos and for the Görög Sisters this year) exploited the 88×2 with brilliance and color, poking irreverently at Baroque formats, and ending with a blizzard of tones flung into the air like shards of glass gleaming in the light. This is a very programmable work for both solo pianists and duo-pianists interested in new and exciting repertoire. Kecskés, I might mention, has recently been commissioned by the Concertgebouw to create an orchestral work, which will be premiered in Amsterdam in 2022.

Adding more reverence to my assessment, these two pianists exhibit an unusual devotion to every delicacy and every impossibly conceived coordination, coupled with a deep understanding of the composers’ intentions. 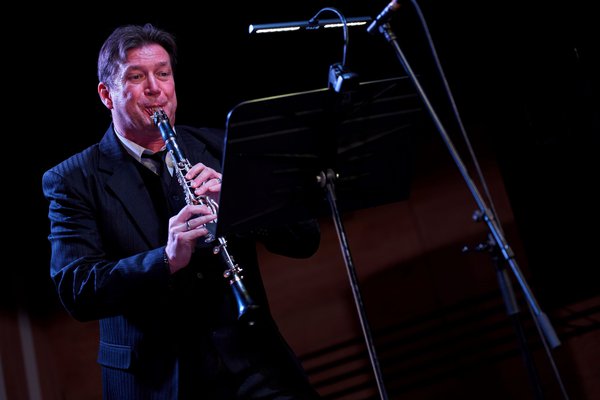 The Szigeti Quartet undertook another kind of devotion – the performance of Morton Feldman’s two string quartets from 1983 that total 5.5 hours, virtually non-stop. It took place in the upstairs library, a place of meditation; in this case, it could have been a séance for which candlelight and spooky floating objects would have been appropriate. The aficionados were there, scores in hand, following every repetition and breath, slight chord change and dissonant cluster. People quietly came and went, paying respects to both the magnitude of the undertaking and the performers’ endurance. This kind of experience demands radically different expectations from the listener and revamps one’s pre-set ideas about what a concert can be.

Clarinetist Csaba Klenyán, performing in a program that offered chamber works by nine composers (with György Kurtág in the audience), played Péter Eötvös’ “Joyce” for solo clarinet with the extraordinary presence and mindset of a professional actor who projects every nuance and freaky sonic exploration with both facial and spatial involvement. He treats the stage like his home and the music like he himself had just conceived it. His organic awareness spectrum, within himself and the music, and its potential effect on us, exalts the craft in its entirety.

On the final program – a late-night presentation, a unique juxtaposition of László Tihanyi’s “La Nuit!” and Arnold Schönberg’s “Verklärte Nacht” (Transfigured Night) exhibited two different approaches to the meaning and context of what we perceive at the sun’s disappearance.

The former piece, based on Victor Hugo’s poem of the same name, summoned up every human fear of the threatening unknown, the screams of the living and the dead, and the horrors of those who are entrapped in the planet’s oceanic dark tomb. The score employed six singers (A la cARTe Társulat) alongside a chamber orchestra, actor Laurent Winkler as narrator of the French poem, and conducted by the composer. The work painted a turbulent portrait of the churning seas of psychic uncertainty. 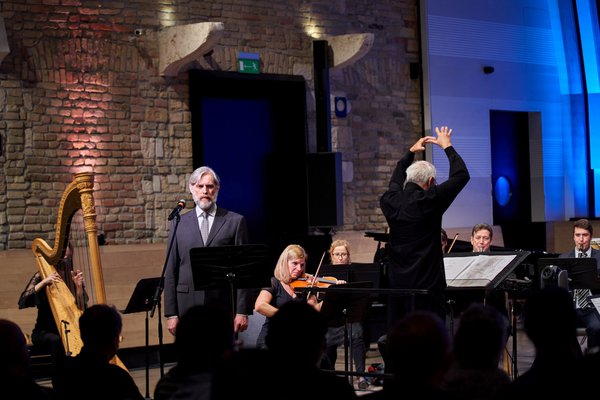 The latter (and final presentation of the project) was the emotional reverse. The performance by the string sextet led by violinist Keller, effectively etched the scenario from Richard Dehmel’s 1899 poem of the same name wherein a man and woman fall in love with each other despite her confessing her sins to him on the spot. His forgiveness, which leads to their ensuing love-bond is one of the literary world’s most deeply affecting stories. The score is equal in its portrayal. 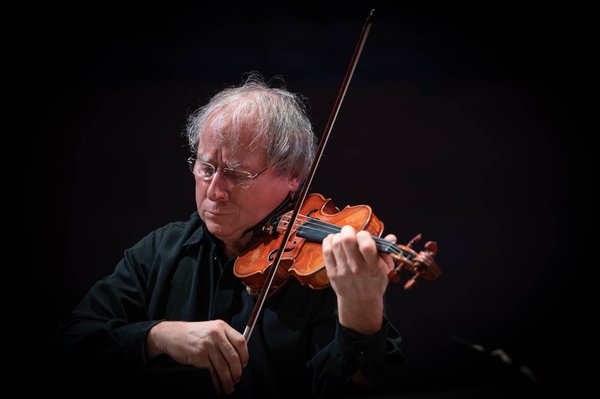 These two pieces served to conclude The Day of Listening with the unforgiveness/forgiveness dichotomy that humanity, as long as we exist, will always face. In addition to the concepts of gratitude and devotion, it’s another stretch of the mind with which to walk out into the night.

This article has been published on papageno.hu